By Allison EpsteinJune 2, 2017 No Comments 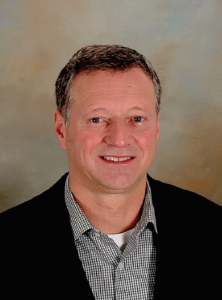 Not many brands can say their ambassadors have lived and breathed their mission. At Salute American Vodka we are lucky to have Lieutenant General Ray Palumbo as a member of our Spirits with Soul team.

General Palumbo is a retired three-star Army general who served America for 34 years in both special operations and conventional military forces, in peacetime and in combat. He is the founder and senior partner of Venturi Solutions LLC, a firm that provides winning strategies for leading companies in the intelligence, defense, and aerospace sectors.

As a Salute American ambassador, General Palumbo provides counsel to our brand’s leadership and helps connect us with veteran communities.  His passion is to cultivate awareness of veteran issues in the minds of all Americans and to tap into their charitable spirit. The first dollar of every bottle we sell goes to support organizations that help veterans and other American heroes. Through his relationships, Palumbo aims to help steer Salute American Vodka’s charitable giving to the heroes who are truly in need of assistance.

“Companies like Salute American Vodka step in to help vets and their families where federal, state and local government programs fall short,” says General Palumbo. “There are more than 22 million men and women who once served our country in military uniform, and too many of them are struggling after they return to civilian life. By working with nonprofit organizations across the country, Salute American Vodka helps to provide financial assistance in a variety of ways.”

“Salute American Vodka advances efforts such as academic and employment assistance, behavioral and emotional support, and other creative programs that help our veterans and other heroes make a meaningful contribution to American society,” says General Palumbo. “I am honored to be part of the Salute American Vodka team.”

As a special operations soldier, master aviator and parachutist, Palumbo participated in military operations around the globe. As a general officer, he served as assistant commander of the Joint Special Operations Command, known as JSOC, the deputy commander of US Army Special Operations Command, and as commander of US Army Alaska. Over his career, he directed complex organizations ranging in size from small tactical units to a 24,000-person military command.  Palumbo’s last assignment before leaving the military was as the Director for Defense Intelligence at the Pentagon where he helped deliver intelligence to our nation’s leaders in the White House, the Congress, and America’s servicemembers serving around the world.