By Allison EpsteinAugust 10, 2017 No Comments

Growing up in Minnesota, Greg Trost frequently borrowed his father’s VHS recorder to tape their own episodes of his favorite TV shows with friends. Although he had a passion for television production, Trost didn’t see himself having a traditional suit and tie career. After high school graduation, he craved a challenge. At the age of 18, he enlisted in the United States Marine Corps, during which he served eight years, including one tour in Iraq. Little did Trost know that when he returned to civilian life, he would found No Surrender Productions and work as a video engineer, just like his dad who started his second career while in the TV production shortly after Trost enlisted.

“When civilians go through college, generally they have a career in mind,” says Trost, who is now 36 and living in Bow, N.H. “When people join the military, their career path after service is often not considered. Most of the skills learned in the infantry are hard to transfer into a civilian career. Many servicemen and women aren’t trained to navigate the civilian workforce. It’s tough. I had an interest in working in TV and when I had the opportunity to start my own business, I had help and encouragement from my dad, and used a program called Voc Rehab through the U.S. Department of Veterans Affairs. Although my father has connections, I wanted to make it on my own.” 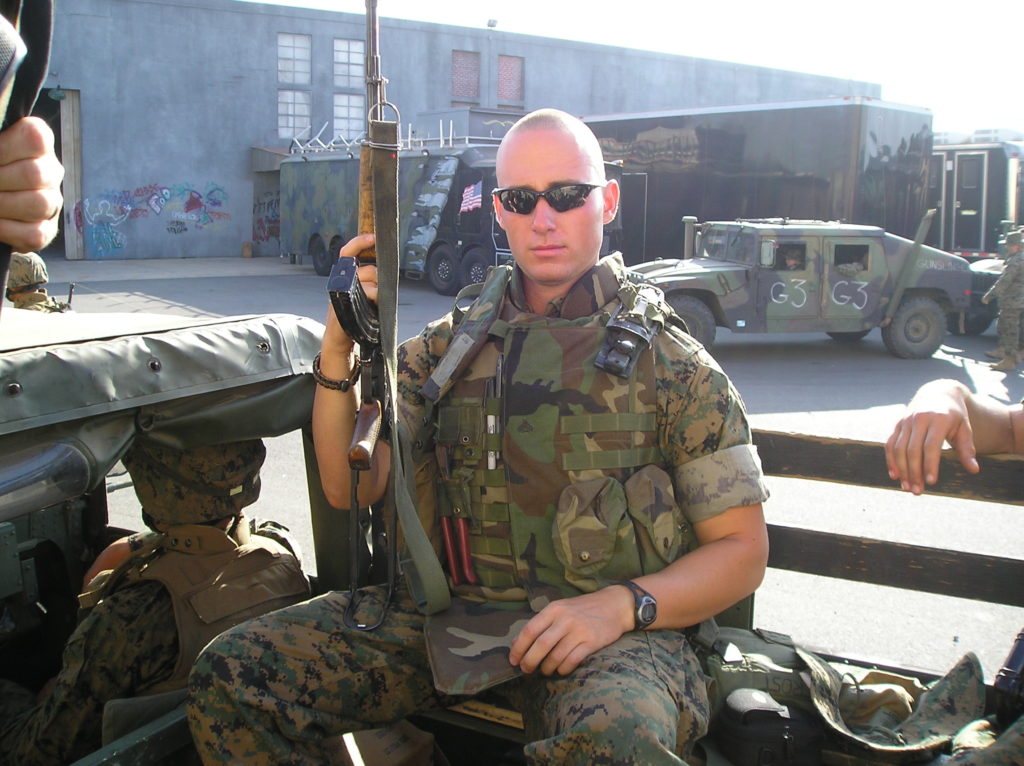 Trost came up with the idea to found his own production company in 2008 and incorporated his desire to help nonprofits and companies get their missions and messages out in the world in his own way. In 2013, he turned to Work Vessels for Vets, Inc., a Connecticut nonprofit organization that equips America’s returning veterans with the tools they need to start a business or pursue career education or training, for help to expand the company. After reviewing his business plan and need for video equipment, the nonprofit awarded him with a slider, valued at $1,200, which if rented would have cost Trost $500 annually.  The nonprofit continues to offer planning and “vessel” support to Trost as his business grows.

“It is amazing that there are organizations out there, like Work Vessels for Vets, that want to help veterans become successful entrepreneurs,” says Trost. “Many organizations focus on other issues that vets suffer from, like PTSD. But, the military doesn’t prepare you for the civilian workforce. Yes, you acquire transferable skills, such as leadership and collaboration. But, you don’t necessarily develop the skills that are stated as required on a job application. You don’t gain the years of experience using specific software or attain certain credentials for your resume while deployed.  It is so important for veterans like me to be given this opportunity to build a life and help others.”

No Surrender Productions is now the leading full-service creative agency in the state of New Hampshire that serves clients in the Manchester, Boston and Greater Boston areas, such as ESPN, Comcast and ABC. The company’s services include video production, aerial photography and animation. Although Trost employs freelancer production assistants as needed for larger projects, No Surrender Productions is typically a one-man show. Visit the No Surrender Productions You Tube Channel for samples of his work.
Salute American Vodka donates one dollar of every bottle sold to support veteran organizations like Work Vessels for Veterans. To learn more, visit our mission page.